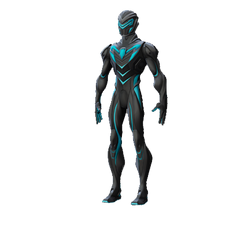 Turbo Stealth Mode is Maxwell McGrath and Steel's sixth Turbo Mode. This mode is very similiar to Turbo Base Mode, having only slightly differences. With this mode, Max is able to turn himself completely invisible, giving the ability of attack without being seen by the villains. It first appeared in Scrambled.

When Max and Steel were fighting against Extroyer Gorilla, any of Max's modes were able to defeat him. Steel then said to use the Turbo Stealth Mode, although that he though that wasn't real. When Max tried, he unlocked a new Turbo Mode that he father used when he was the first Max Steel, and defeated easly Extroyer in his Gorilla mode.

Retrieved from "https://max-steel-reboot.fandom.com/wiki/Turbo_Stealth_Mode?oldid=22112"
Community content is available under CC-BY-SA unless otherwise noted.