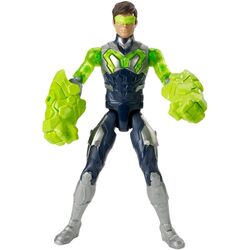 Turbo Punch Max Steel is one of Max Steel's action figures released in the first wave of 2017 action figures. He is a part of both Turbo-Charged and Connect-Tek toy lines.

He comes with a pair of massive power gloves similar to that Turbo Strength Mode's. Both gloves have a button on the fingers that can elevate a plate in the top of them. The package refers this as "power activation".

Retrieved from "https://max-steel-reboot.fandom.com/wiki/Turbo_Punch_Max_Steel?oldid=32741"
Community content is available under CC-BY-SA unless otherwise noted.