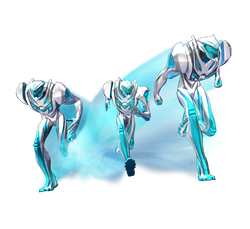 Turbo Clone Mode is Maxwell McGrath and Steel's eighth Turbo Mode. This mode is able to create clones of the determined mode that Max chose, although that is not able to create an army. It first appeared in Pick Your Poison.

When Toxzon took control of Ultimate Elementor, Steel created this mode. Later, they easily defeated Toxzon by confusing him.

Retrieved from "https://max-steel-reboot.fandom.com/wiki/Turbo_Clone_Mode?oldid=28641"
Community content is available under CC-BY-SA unless otherwise noted.