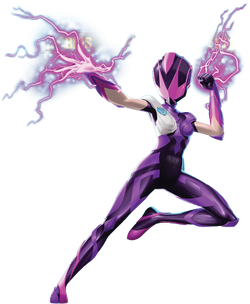 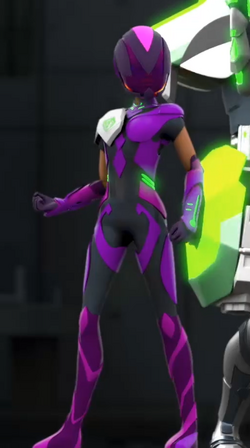 After being accidentally by C.Y.T.R.O.'s missiles, Tempestra is defeated and returns back to her base mode. Eventually, Toxzon appears and steals the Connect-Tek and Maxwell decides to go after him by himself. Meanwhile, Tempestra, La Fiera and C.Y.T.R.O. remain in the Ice Box base.

Later on, the group rescue Max from drowning. Suddenly, the Elementors, Toxzon and Extroyer appear and team-up in order to take down Max and his team, and in order to stop them, Tempestra goes Turbo and activates Turbo Lightning Storm Mode.

After Tempestra is taken down by the energy cubes, she returns to her base mode. Later on, an unconscious Tempestra appears inside of containment capsules alongside with the rest of Team Turbo while Max is being tortured by Terrorax. Eventually, Max deliberately overloads himself and ends up blowing the place up. Afterwards, Team Turbo goes to their hideout, which was still being built.

Max eventually meets them and he starts to train in order to master his new Green T.U.R.B.O. Energy. Meanwhile, Rayne and Alex do a research about who could have set the trap on the warehouse and they eventually find Dr. Prometheus Halifax. After showing this information to Max, he decides to invade his building and Steel reveals that he had built new suits to Max and his friends use. Tempestra updates her base mode and the group goes to the Halifax Industries Building.

There, Tempestra and C.Y.T.R.O. attempts to recover some information, but they are discovered. A prison of lasers is made and slowly approaches them. Tempestra activates Turbo Ice Storm Mode in order to slow it down.

Later on, after the duo managed to get all the information needed, they escape and eventually get in the room where Max and Alex where while fighting with Terrorax. There, Tempestra is attacked by the villain, who grabs her and squeezes her until she turns back to her base mode.

As Tempestra, she wears a close-fitting purple-black-pink suit. She uses a sleveless suit with a black and pink helmet, two gauntlets matching the colors of her armor and has the Team Turbo logo in the right side of her chest, featured by a white piece with a small blue logo.

Like other members of Team Turbo, Rayne's suit was redesigned to match with Max's new Green T.U.R.B.O., featuring a slightly complex and more detailed design. Her suit gains green patterns on her neck, lower torso and gauntlets. She also gains dark purple on legs and the white piece on the right side of her chest gains a slight redesign, this time being having angular edges and Team Turbo's logo being in the center.

Retrieved from "https://max-steel-reboot.fandom.com/wiki/Turbo_Base_Mode_(Tempestra)?oldid=29457"
Community content is available under CC-BY-SA unless otherwise noted.