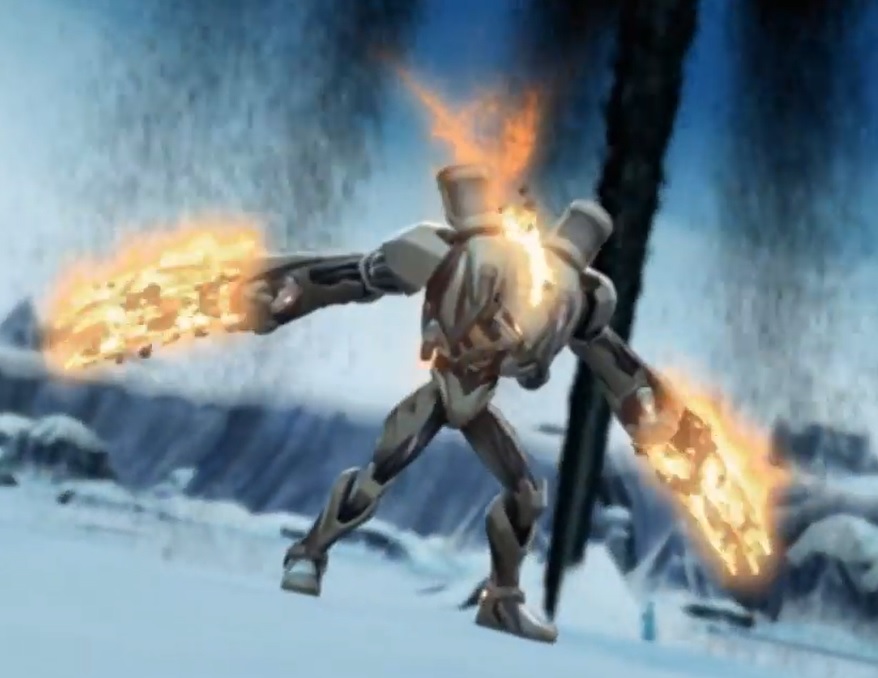 Toxzon Oil is another of Toxzon's Transformations. This mode was made when Toxzon was absorb the oil that was being released under the Arctic when him and Plaztek were drilling for oil. When Toxzon absorbed the toxin, the mode has a little bit of fire, which is unknown why it had fire along with it. This mode was made because Fishy commanded Toxzon to absorb the oil to get strong. Toxzon oil's first appearance was in Toxic Relationship.

Retrieved from "https://max-steel-reboot.fandom.com/wiki/Toxzon_Oil?oldid=19675"
Community content is available under CC-BY-SA unless otherwise noted.