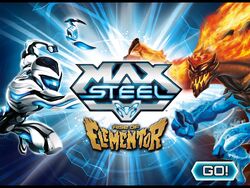 Rise of Elementor (App) is an app that can be downloaded into any mobile devices through the App Store. This game is where Max Steel has to defeat the Elementors and Dredd Naughts. You can use some of the Turbo Modes, like Turbo Base Mode, Turbo Flight Mode, Turbo Strength Mode, and Turbo Speed Mode. 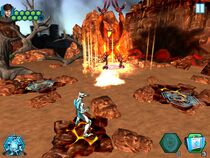 Max and Steel walk into a room where Berto is working on something when Max asks Berto if they can play on his screen when he detects an Ultralink nearby and Commander Forge Ferrus orders them to get to it before Dredd's robots get to it first. They then meet with Fire Elementor and fight him. They collect the Ultralink and head back to the base. Berto then detects another stronger signal that finds another Ultralink and Forge then sends them to get it and then they faces off with Water Elementor. 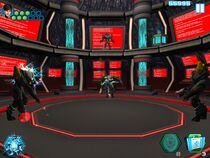 Dredd then hacks into Berto's screen and informs them that there will be an attack, Max steel goes to check what it is, and on the way destroys some dredd naughts, and encounters Earth Elementor. Max and Steel then fight him and capture him along with the other Elementors. Dredd then hacks N-Tek's entire system and sends in Air Elementor to attack them, along with some Dredd Naughts. Max Steel then defeats Air Elementor and the N-Tek Agents capture him. Air Elementor then tries to escape by using the Stasis Inhibitor, but instead forms Ultimate Elementor and then attacks the base and escapes to the city. Max Steel chases them and then after a long battle, he defeats him. 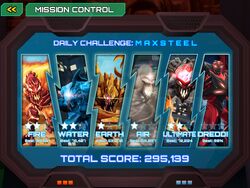 The game has six levels, five of them focusing in The Elementors, while one focus on Miles Dredd.

Start a Discussion Discussions about Rise of Elementor (App)