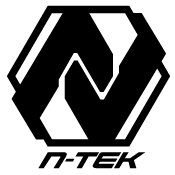 N-Tek was a secret organization whose main base was located on Copper Canyon. N-Tek's mission is to protect the world, but the true and main mission since its creation was to prevent and stop once for all the invasion of Makino and his Ultralink armada. N-Tek appeared in almost every episode of the series, starting in Come Together Part One. The organization appeared for the last time on Team Turbo.

Sixteen years prior to the series' events, after Makino managed to absorb Planet Takion, Jim McGrath and N'Baro Aksteel X377 went to Earth and warned three persons about Makino's iminent attack. Alongside with Forge Ferrus, Miles Dread and Molly McGrath, they created N-Tek. They created many projects to stop Makino and his Ultralinks, between them Morphos, a monster that was cancelled due to its immense power, and the Turbo Star, which they opted to use, and other unknown projects that weren't specified.

During an undetermined amount of time, probably months after Jim went to Earth, N-Tek prapared themselves from Makino's first invasion on Earth. A large amount of Ultralinks were sent, which N-Tek didn't predicted, therefore they were losing the battle, until they released their secret weapon: Jim and Steel, which defeated the Ultralinks with ease and saved the day.

After the invasion, N-Tek opted to use the Turbo Star. During the test, Dread used a device that he had built days before the test, so he would be capable of harnessing Jim's T.U.R.B.O. Energy for his own gain. However, things went horribly wrong: besides nearly killing Jim, he deactivated Steel for sixteen years and the device got stuck on his chest. Jim was sent to the space and was found by Makino and his Alphalink. N-Tek misleaded that Jim and Dread were gone, so they made a homage to Jim, making a hologram and putting Steel under it. Molly also resignated herself to take care of her son, Maxwell McGrath, who eventually world the new Max Steel in the future after bonding with Steel and Forge became N-Tek's commander.

When Max and Molly moved to Copper Canyon, Max started to the generate T.U.R.B.O. Energy at the age of sixteen. He was taken to N-Tek after he overloaded and blew up an abandoned building. At N-Tek, Max discovers the truth about his uncle and there he is linked with Steel, who helps him controlling his energy.

Two years after the Morphos incident, N-Tek was still active after Jim's return. One day, suddenly, a man named Mortum appeared and managed to destroy the Daedelus Platform, capturing every agent in the ship before it blew up. He later revealed the exact location of the secret bases of N-Tek located on Copper Canyon and convinced the villains to make a deal with him. The villains would find the Connect-Tek and in exchange, Mortum would give N-Tek's secrets.

After the events of the Team Turbo film, N-Tek and its agents weren't mentioned or seen on the sequel nor Turbo-Charged, suggesting that the organization ceased to exist due to professor Mortum's attacks.

Retrieved from "https://max-steel-reboot.fandom.com/wiki/N-Tek?oldid=30300"
Community content is available under CC-BY-SA unless otherwise noted.