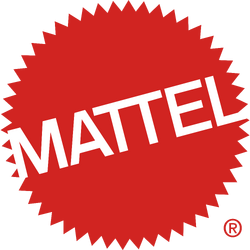 Mattel Inc. is an American multinational toy manufacturing company founded in 1945 by Harold Matson and Elliot Handler. The name of the company derives of the name of the creators ("Matt" + "El" from "Elliot" = Matt-el). The company is largely known for making the Max Steel, Barbie, Hot Wheels and many other toys. It is also the biggest toy company in the world.

Max Steel is a toy line produced by Mattel since 1999. In the end of 2012, a reboot was announced and released in March 2013. The toy line is a huge success in Latin America among kids and teenagers and other places on the world, like Italia. However, the show wasn't very well known in North America even after its reboot.

Currently, Mattel periodically releases a toy line based on the new episodes or movies that debuts on TV with each line having approximatelly more than forty action figures (divided into two waves) of heroes and villains. The toy line sold very well in Latin America and until today new toys are made, but in North America and other countries the toys didn't sold well and eventually the toy line was cancelled. Some stores also refused to accept more toys of Max Steel due to the lack of sales, which also influenced in the cancellation of the line.

The show was initially animated by Nerd Corps Entertainment and currently is animated by Arc Productions.

Retrieved from "https://max-steel-reboot.fandom.com/wiki/Mattel?oldid=26531"
Community content is available under CC-BY-SA unless otherwise noted.