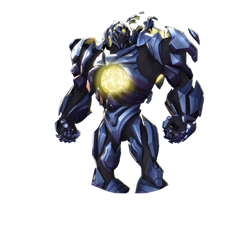 Makino Main Mode is the standard mode of Makino. With this mode, Makino doesn't have any special ability, with the exception of the Technokinesis, and super strength, speed and durability. It first appeared in Earth Under Siege Part Two.

This mode was created when Makino linked with his creator, also incresing his body mass.

Retrieved from "https://max-steel-reboot.fandom.com/wiki/Makino_Main_Mode?oldid=23615"
Community content is available under CC-BY-SA unless otherwise noted.