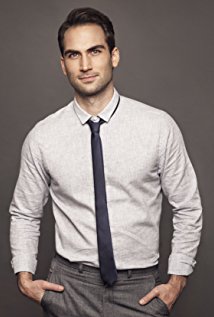 Giles Panton (born September 13, 1982) is an actor from Vancouver, British Columbia, Canada. He has worked in television, film, stage, and web media, and is also known for his voice work.

Retrieved from "https://max-steel-reboot.fandom.com/wiki/Giles_Panton?oldid=28520"
Community content is available under CC-BY-SA unless otherwise noted.