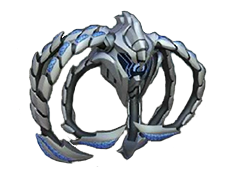 A Fighter Ultralink was seen linking with the bones of a deceased animal in the desert. After finishing the linking process and creating a Bone Link, he attacked few N-Tek tanks.

Fighters are the footsoldiers of the invasion - they're everywhere!

These footsoldiers of the invasion will attack at will!

The Red Fighter is the fastest Ultralink of all!

These Ultralinks are featured by their six arms and spiky armor, the first being something very uncommon between Ultralinks. Like other Ultralinks, the colored part of their armors feature triangle patterns.

Retrieved from "https://max-steel-reboot.fandom.com/wiki/Fighter_Ultralinks?oldid=29444"
Community content is available under CC-BY-SA unless otherwise noted.